From Paris to Tokyo in just 2.5 hours by bullet liner Zehst
FLY IN BUSINESS CLASS , FLY IN FIRST CLASS
No Comment 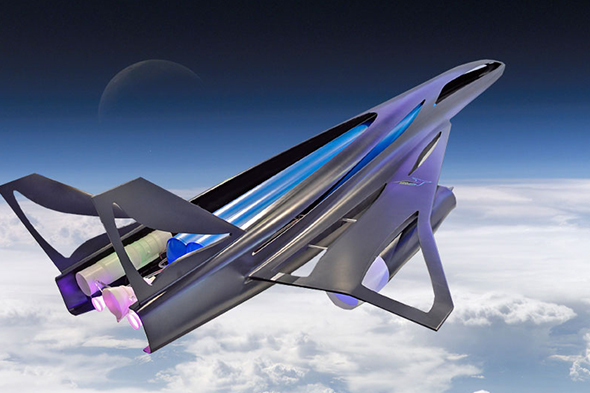 Today people who wait to board the plane from Paris to Tokyo are not to be envied. They are to spend more than 11 hours in flight. And the same time on the way back. It may seem quite bearable if it happens once-twice a year but what if every other week or even more frequently they are to attend business meetings or control a subsidiary business on the other edge of the world?

The process of globalization has been triggered and it is unstoppable. Markets get closer, global companies start to have factories or subsidiary enterprises all over the world.

Thousands of people fly from one point to another spending thousands of hours on board the planes. The hours they could spend with their families and friends, the priceless hours that nobody can compensate them for.

Such well-known supersonic liners as Concorde and TU-144 definitely tried to bring more time in people`s lives. But these two projects failed because of a number of issues. These issues are promised to be solved by Airbus Company that announced its plans to build a new bullet liner Zehst that will deliver passengers from Paris to Tokyo in just 2.5 hours.

Their project presented at Le Bourget in 2011 definitely became not an ephemeral piece of news. Airbus claimed they would create a new Zero Emission High Speed Transport which will change the face of world aviation and will correspond requirements of Euro Commission on the issues of limitation of level of noise, emissions of CO2 and other harmful substances into the environment.

Zeihst, being just a concept project, has all prerequisites to be turned into a real supersonic aircraft. At least, the very latest technology achievements in design and engineering solutions already exist for implementation of this challenging project.

The structure of a bullet liner will include 3 propulsion systems of different kinds that will allow the bullet liner lift passengers to the height of 32 kms. Moreover, Zeihst will be made of the so-called “smart” materials capable of withstanding the high temperatures of about 1,000 degrees Celsius that it will undergo once it speeds up to 5029 km/h. Two of its engines will work on biofuel (algae) before it switches to a mix of hydrogen and oxygen when it reaches the boundaries of space.

Airbus claims it will have seats for 50-100 passengers and will be the embodiment of comfort, luxury and speed. However, many doubt that this project will be cost-effective as expenses for its implementation will be high, not simply high, but extremely high. The total cost of the project is estimated at billions of euros and the price of one way ticket will be at least $5,000.

And it is yet a great task to find those who will be willing to invest into such not a near-term outlook. And it is yet even a greater task to solve all issues that led Zehst predecessors the “Concorde” and TU-144 to failure. Much has been done and much more is still to be done by Airbus to find a win-win solution.

Nevertheless, by all efforts and means, by 2020 Europeans in cooperation with the Japanese are to present a prototype of this aircraft and its usage for commercial flights will start by 2050. Let`s hope this unbelievable project once come true and will bring more time to people`s lives.