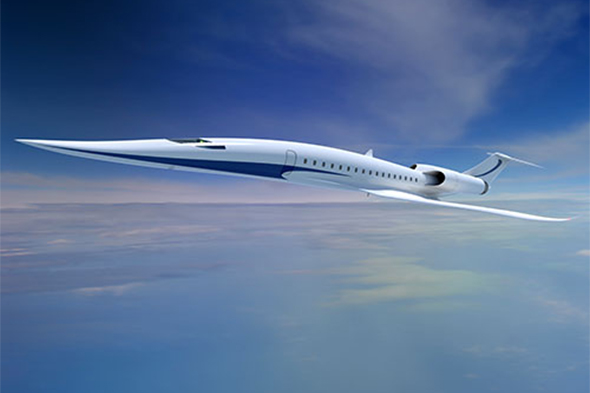 Tupolev created a supersonic aircraft that could speed up to 2500 km/h thanks to one important feature in the plane construction – two additional wings in the nose part behind the cockpit that were removed as the aircraft gathered speed. Despite their small footprint, they considerably improved controllability of the plane at low speeds, i.e. during its take-offs and landings.

In the USSR there were 18 airports equipped for supersonic flights in comparison to only 2 certified for this purpose in France. TU-144 was not as posh as the Concorde, but the ticket price of 68 rubles was not as high as of the Concorde either. An average soviet citizen could afford to fly on the TU-144. However, this supersonic airliner was also foredoomed to failure. Two airplane crashes (in 1974 and in 1978) together with its non-profitability made Tupolev announce termination of the flights in 1978.

After the cancellation of passenger flights, TU-144 took off just as the cargo plane and within the frames of the test flights.

The history of supersonic airliners for civil aviation is not a wordy story but it is not finished yet.

Besides that taking into account the interest of NASA to this topic and emergence of technologies previously unavailable in 1960, it is obvious that they will continue working in this direction and, no doubts, they will succeed.

And near at hand the time will come when this story will be continued and will definitely have a happy ending.